This week I’ve been at the European Public Services Union (EPSU) Congress in Dublin, working alongside a dedicated and passionate UNISON delegation. At a time when there are so many who seek to turn our societies in on each other, I am proud that UNISON remains proudly internationalist.

As the biggest affiliate to EPSU, our union plays an incredibly important role in deciding the priorities of a Europe-wide Union, ensuring that our values and principles – on issues as diverse as anti-privatisation and gender equality – are heard on a global stage. 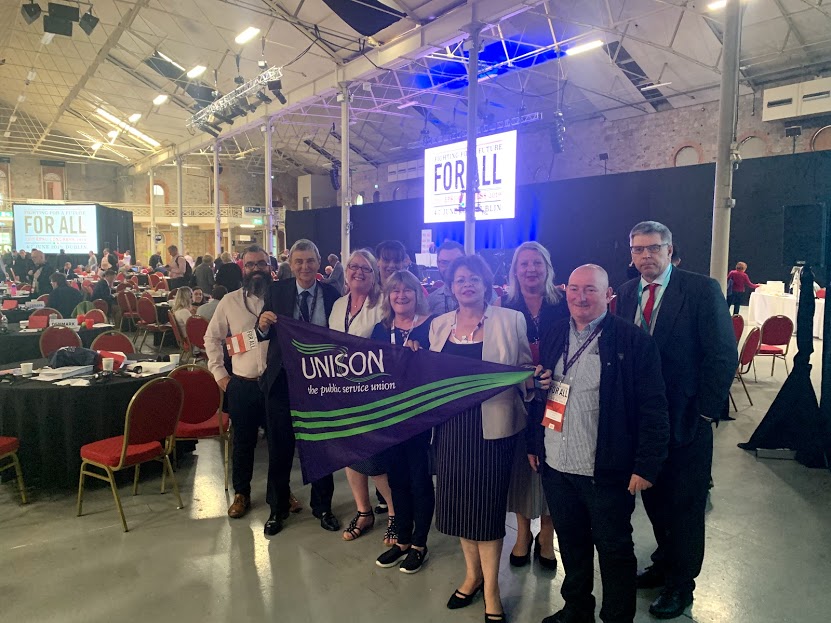 Likewise, our membership of global public services union PSI – of which I am proud to serve as member – ensures that from fighting Ebola to supporting Palestinian workers, the priorities of UNISON members are amplified, by joining their voices with trade unionists from around the world.

Understandably – given the current uncertainty which surrounds it – Brexit was an important topic at this week’s conference. Yet as I said in my keynote address on Tuesday, neither EPSU nor UNISON can ever accept a no deal Brexit. And neither will we allow a hard border to return to the island of Ireland – or any attacks on the equality of citizenship that is at the heart of the Good Friday agreement.

Meanwhile, vital international work continues at an international level which changes lives and confronts injustice. Whether it’s the mistreatment of the Palestinian people, attacks on migrant workers or the threat posed by climate change, EPSU’s work is based on our priorities.

This week has been a great opportunity to a whole continent of trade unionists to recommit ourselves to fighting and winning the challenges ahead. And based on what we’ve all heard this week, there’s so much to fight for, and so much to be hopeful about.